The dissection of a Pleistocene refugium 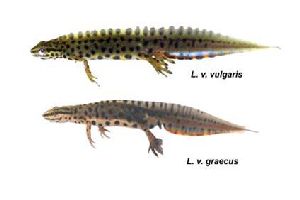 We used mitochondrial DNA to examine the history of the smooth newt Lissotriton vulgaris in the Balkans. The spatial pattern of genetic differentiation revealed the existence of several independent Pleistocene refugia, only one of which (located at the northern fringe of the Balkans) contributed to post-glacial expansion into central and western Europe. We concluded that the Balkans act primarily as a reservoir for genetic diversity in this species in accordance with the refugia within refugia concept.  We also found that none of the currently recognized subspecies in L. vulgaris present in the Balkans are reciprocally monophyletic in their mtDNA and we attribute this introgressive hybridization among subspecies and possibly incomplete lineage sorting.