Genetic variation in male attractiveness: It is time to see the forest for the trees 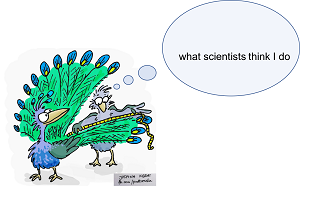 Mate choice (executed primarily, albeit not exclusively, by females) has been documented across a wide range of taxa, yet understanding its evolution has proven frustratingly difficult. One of the reasons, we argue, is that mate choice targets complex multivariate phenotypes of potential partners (usually – males), whereas most empirical and theoretical studies attempting to elucidate its evolution focus on single traits, such as the size or intensity of a particular sexual display character. We review theory and empirical data, showing how the crucial parameter of mate choice evolution models – genetic variance in attractiveness – can be estimated when attractiveness is a function of multiple traits. Using a simple analytical model, we show that such approach can produce biased estimates of selection pressures acting on mate choice. The bias increases with increasing number of traits contributing to attractiveness. The size, as well as direction of bias (i.e., whether we overestimate or underestimate the strength of selection on choice by studying single ‘attractive’ traits instead of overall attractiveness) further depends on the variance-covariance structure of these traits. We argue that in order to explain the evolution of female choice, we need to develop reliable measures of the actual target of such choice – that is, male attractiveness as perceived by females.